Back In August I had the opportunity to visit my family in Oregon for the wedding of my younger cousin, Jenny.
The night of the wedding - after everyone had left, and it was just us family sitting around - my other cousin Josh started picking my travel brain. He wants to backpack through Europe with his girlfriend in the next year or two and wanted to know where I've been and what I thought of each country.
Ireland - so lush and beautiful, welcoming, old world like in many ways. A must see for those of us with ancestral ties.
western Germany - the people can be a bit uptight (sorry Germans!), but still a trip that I enjoyed overall. Great food, fantastic beer.
Paris - beautifully romantic, great food, delicious wine, amazing artworks, friendly people.
Venice & Florence - romantically beautiful, beautiful cathedrals, delectable gelato, great wine, friendly and welcoming people.
London - captivating history, some really good free museums, watching the Changing of the Guards at Buckingham Palace is something everyone should see in their lifetime.
Then he asked me where I would go back to visit again. I told him obviously Italy since I'm going again in November, but ultimately I would want to revisit any of the countries I've been to. Yes, even Germany.
Frustrated that I couldn't say there was one definite, absolute, hands-down, without a doubt, favorite Josh asked me which country I would be willing to live in.
That made me stop and really think. If I were to move to Europe, where would I want to live?
I've often thought of what I would do if I came into a sudden windfall of cash, and that fantasy always involved an extended visit to Europe. Traveling through all of the countries I've already been to, plus several more. I've imagined flying into Ireland and spending a couple of weeks there, visiting England and Scotland. Visit the home of some of my other ancestors: Norway. Spend a couple of weeks in France: explore more of Paris, go wine-tasting in the Bordeaux region, swim in the Mediterranean off the coast of Nice. See the cathedrals in Spain. Go back to Italy - do a little window shopping in Milan, have real pizza in Naples, ride a Gondola in Venice. See more of Germany - Oktoberfest in Munich, touch the remnants of The Wall, visit Auschwitz and mourn the loss of possibilities. Explore the ruins in Greece. I could go on forever about what I would do with three or four months in Europe.
But, Josh got me thinking of living there and I was surprised at how quickly I was able to answer. I said that while I did enjoy Germany overall, that is one place that I don't think I would want to live. I could see myself spending extended periods of time in London or Paris. But for living - maybe a vacation/retirement home - it would have to be either Ireland or Italy. Ireland would definitely have the advantage in the language department. Meaning, I wouldn't have to learn one. However, Italy has a vibrancy to it that is very attractive.

When I got home from Oregon I started looking at international real estate listings. Why? I have no clue. But for those first two weeks that I was home I was obsessively looking online during my spare time and Italy started edging out Ireland, simply because the Italian real estate market seems to have some VERY depressed regions right now while Irelands appears to be holding fairly strong.
Specifically, theres one region about an hour north of Florence that has some amazing deals and I found a number of listings that really caught my eye. Yes, many of them need extensive renovations, but some of them need minimal refurbishing.
I don't have any kind of down payment set aside to actualize a dream like this, but its inspiring to know that its not unattainable in the long run. Its given me
something more to work towards than my next international vacation. Some of the properties I favored
This one is a former sawmill on a creek... for $329,000 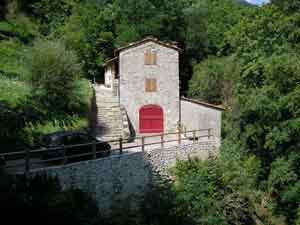 This one needs a lot of work, BUT it has olive trees AND a mature working vineyard which produces 7,000 litres of wine per year. For $395,000 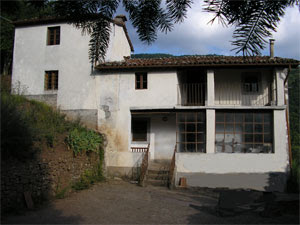 But, this is the one that REALLY piqued my interest. In need of minimal work, its ready to move in and is livable. For $47,500! 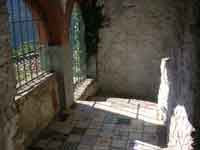 Its given me a long term goal. Someplace I dream I could take friends and family to, a place to introduce my niece and younger cousins to the culture of a country other than our own, an "Under the Tuscan Sun" type fantasy to hopefully live out one day.

I need to set up a savings account for this pipe dream.... or, win the lotto.
Posted by Vanessa at 11:11 PM

Asian has wide-ranging TV programmers showing everyday to the audiences. Each country has its own feature TV show to represent its culture or social.