Am I cool enough to pull it off???

High gas prices and my horrendous commute have me reconsidering my method of daily transportation.

Everyday I SIT (yes, sit... not move) through this nightmare and watch motorcycles split lanes and reach their destination in a much more timely fashion.
I also see motorcycles and the such fill up at gas stations for a quarter of what I pay, yet get 4 times the gas mileage that I do.
Now, I don't want a motorcycle.. it's just not my style.
However, I have been eyeing the new Granturismo from Vespa.

Granturismo
Originally uploaded by Nessacery.
It's so pretty!

I picture myself bypassing the poor masses stuck in bumper to bumper traffic during the week, then on the weekends going for drives along the river or up into the foothills. The wind whipping through my hair (the part sticking out from underneath the helmet at least), out in the open air and sunshine. Theres a certain sense of freedom in this picture I have in my head.

Then I realize... you can't really sip on a Starbucks in the morning while riding a Vespa into work.
It's probably hard to smoke while riding one too.
Also, I am a Road Chanteuse.
I sing along to the radio while driving....
It's my thang!
It's hard to sing along to the radio on a Vespa.... they don't have radios.
Now, I could show my blatant disregard for authority by rebuking state laws and listen to my iPod via headphones.... but then my traffic serenading could get a bit embarassing. Children in the cars next to me at stop lights would say "Mommy, look at the crazy lady singing on the scooter!"
I think I could most likely adjust to these limitations, but the BIG question is......

AM I COOL ENOUGH TO PULL OFF DRIVING A VESPA????
Posted by Vanessa at 11:02 PM 3 comments: Links to this post 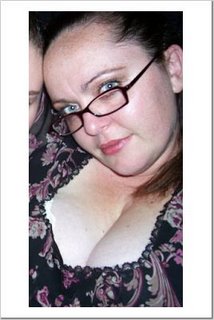 My family and friends call me many names.... Ness, Nessie, Nessa... bitch.
So, the name is a spin on words - Necessary... NESSAcery... hey, Miss Ness and LochNess were taken, so you're getting my cheesiest here.
Why am I starting my own blog???
Because my life is THAT entertaining.
I swear.
Or at least I can make it sound entertaining.
So, the question is.....
Is my life entertaining OR am I just a gifted story teller?

I'll invite my cousin-might-as-well-be-my-sister-best-friend Erin to my blog and we can get her opinions.....

Posted by Vanessa at 9:12 AM 2 comments: Links to this post