I am SO excited! I found some killer airfare ($450 round trip - total! with taxes and everything!) and booked the tickets this morning.

I've bought my Rick Steves London book and will spend the next month and a half reading it to prepare.
Posted by Vanessa at 1:53 AM 2 comments: Links to this post

Maybe if I posted more frequently, my posts would each have a theme and be a bit more concise. Instead, get ready for an assault of information!

Last month, my friend Caren announced that she is pregnant. I am so excited for her, she and Damien (her husband) have been trying since they got married last August. This past Thursday was her birthday, and that afternoon she had an ultrasound to determine what she's having, its a boy!
So, I have a lot of knitting and crocheting to do. Caren and I have been friends since the 7th grade and I intend on showering that little boy with almost as many knit and crochet goods as I do my little Kylee.
Caren and I have been friends for 20 years now, long enough that we know each others siblings well and are pretty much extended parts of each others families. When Caren got married last year, my grandmother, sister and her boyfriend were all invited to the reception. When my sister had her baby shower last spring, Caren and Damien were invited. It was at my sisters shower that Caren & Damien informed me that they would start trying to make a little one of their own as soon as they were married. I had done all of the cooking for my sisters shower and Caren told me that she liked everything I had made so much that she wanted me to do the same for her. Since announcing her pregnancy she has confirmed that she does still want me to take care of the food and cake for her baby shower.
The problem? No one can remember exactly what I made for my sisters shower. I even checked the history on my blog here and I didn't detail everything that I'd made. I only listed one of the items, and that is one of the few that we can all remember. So, I'm still looking throhttp://www.blogger.com/img/gl.link.gifugh some of the old recipes that I'd forwarded to myself at that time, and heres what I've got:
Turkey Pesto Sandwiches - the recipe calls for prosciutto, but I used turkey to keep the costs down since there were a lot of people there.
Parmesan Puff Pastry - these were EASY and quite tasty. Caren does remember these as well, and it is one item that she specifically requested.
Black Bean Salsa - this is the only item that my mom remembers, and I think the only reason she remembers it is because she was HAMMERED on margaritas and there was a bunch of this left over that she put on salads and what not for a couple of days after the shower. It washttp://www.blogger.com/img/gl.link.gif quick and easy to do, and I imagine it would probably be better made a day or two ahead of time to allow the flavors to all marinate together.
Finger Sandwiches - I'd made these but substituted kalamata olives. Because I LOVE them. Kalamata olives are seriously one of my favorite foods.

Caren did have a specific request for the cake - lemon and coconut. I'm keeping an eye out for recipes that can fit this. I'm thinking butter cake, lemon curd filling, coconut cream cheese frosting, and then cover the cake with coconut flakes that have been colored blue.
Since a lot of people don't care for coconut too much, I'm thinking that I'll also make some cake lollipops. Its a recipe that was mentioned on Not Martha a week or so ago, check out the photos here, I'm thinking that they would be really cute in blue and white and I could do a couple of different flavors - one with blue frosting, and one with white.

In other news, I'm considering a trip to London. I've found some cheap airfare, $455 (total!) round trip, for the end of April. I'm just going to double check that its within my budget. As soon as I do that, I'll be booking the tickets.
Posted by Vanessa at 12:21 AM No comments: Links to this post

At posting. Horrendously bad.
Works been kicking my butt. December and January have always been bad, but this year felt worse than it has in years.
Family has been... complex. The good news is that this past holiday season was my nieces first Christmas and she was ADORABLE. Also, she is now 9 months old! How crazy is that??? Her 1st birthday is just around the corner!?!?!? 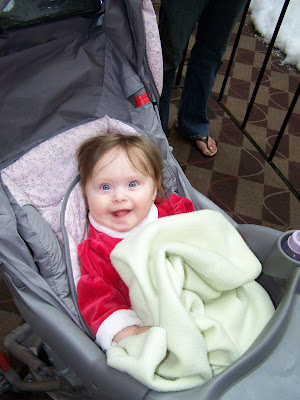 This was taken about a week before Christmas. I got to take the little booger for her mall Santa photo. My sister was going to skip the mall Santa photo for economic reasons, but I couldn't let that happen. EVERY child needs to have their photo taken while sitting on some strange old mans lap, right?
And here she is on Christmas morning. 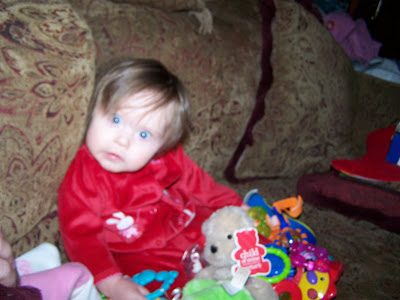 I know that I'm biased, but I just want to eat her up because she is so G.D. adorable.
Anyways, this was Christmas morning on the couch and my moms with a few of the toys that Santa brought her.

And heres the little pooh-bear with her favorite auntie, me, in the midst of the chaos that is the dinner with the entire crazy bunch, I mean extended family. 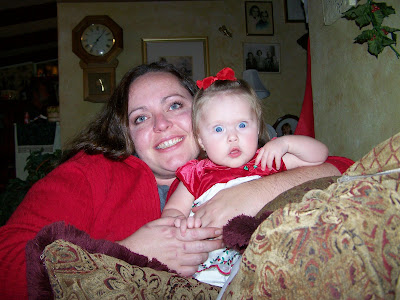 Aside from fawning over my little niece, theres been other family issues. My moms health isn't so great. She's had 2 heart attacks in the past, the first at the age of 42 and the second at the age of 45. Last month ago there was reason to think she was having another. Thankfully, she wasn't. However, today we learned that her heart is functioning at only 40-45% of its capacity. I haven't spoken with her personally to find out exactly what this means, what the options are, and where to go next.


On a happier note, I went to Italy last November. I know that I mentioned this before, but I never posted any photos. These are a few of my favorites 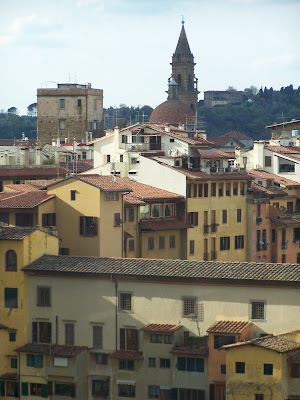 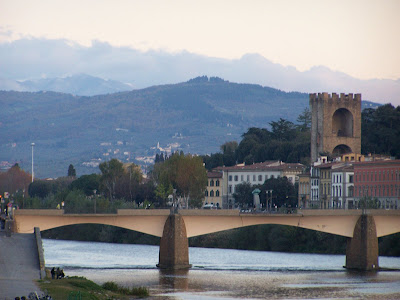 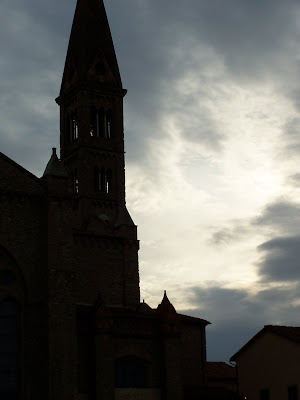 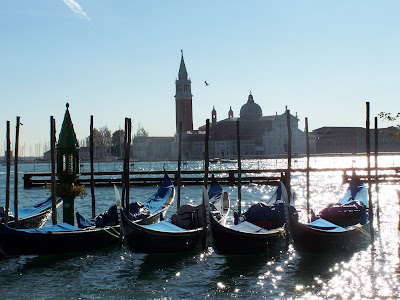 Italy was beautiful, spectacular, and breathtaking. All at the same time. I definitely will make a point of visiting that country again in the future.

I've been doing better at keeping my travel blog up to date. I'd initially had the blog hosted on Wordpress, and while I liked Wordpress and its format and everything, I didn't like how they don't allow ads. Granted, Google AdSense doesn't pay out a whole heck of a lot, but every little bit ads up, right? Sooo, once it looked as though I was getting a fair amount of traffic I moved the blog over to Typepad. If you care to, you can now visit my travel blog here.
Bookmark it, talk about it, spread the word, whatever.

If you like the photos of Italy up there, and would like to see prints in person I will be having a show of some of my photography next month. Most of the photos will be of my travels - some of Italy, Paris, Ireland, and more exotic locales such as Forest Grove Oregon, Salt Lake City Utah, and our very own Sacramento California. Here are the details

OH! And the best part? It's your chance to meet me in person. I'll be there all night. I may or may not be sneaking outside intermittently for a smoke and to top off my mochas with a wee nip of butterscotch schnapps or something of that genre, but I'll still be there. So, come! Bring a friend!

As I mentioned in my last posting, I've been working on my weight. I started at the beginning of the year and have managed to drop 15 lbs. Granted, I still haven't been to the gym, but it's a start, right?

I've been crocheting lately as well.
A few days after Christmas a close friend of mine lost her brother. I decided to give her an afghan in his honor and presented her with it about a month ago.
In addition to leaving behind his sisters, he also was the father to a 14 year old girl. My friend told me that when his daughter saw the afghan and found out what it was for, she was touched to the point of tears. What choice did I have but to make one for her as well? I finished it a couple of nights ago and should be presenting it to her tomorrow. I didn't get any photos of the afghan I made for my friend, but am hoping to grab a pic or two before I give this one to the daughter tomorrow.
Posted by Vanessa at 1:18 AM 4 comments: Links to this post