For years now I have whined about my want of a scooter ad nauseum... in fact, it was one of my very first posts on this blog.
Honestly, I've wanted one for somewhere between seven and eight years now. Initially I was wanting a Vespa - primarily because I was unaware of any other brands that had the similar retro styling and I'm not a fan of the more modern body styles. For lack of a better term, they look "buggy" to me. BUT, Vespas come with a price tag that is a bit too high for me.
Approximately two years ago I was told about a cycle shop here in town that carries a brand of Chinese scooter that is comparable to a Vespa for less than half the price. That was when the want for a scooter started increasing exponentially. Suddenly, there was one in my price range. BUT, I couldn't get one right away. I had international trips to take, a new car to buy, laptops to purchase. The stars just weren't lined up.
In the past month I started seeing more and more and more scooters around Sacramento. Not only downtown, where they've always been, but also where I live - out in the suburbs. I started seriously looking at getting a scooter again. Then I remembered that I had a LITTLE bit of stock in my employer that I could sell that would pay for
1 the scooter along with all taxes, titles, registration, blah blah blah.
2 the first years insurance
3 motorcycle safety and skills training course
4 the DMV fee for my M1 motorcycle license permit

I was STOKED, so about less than two weeks ago I arrange to take this past Thursday and Friday off from work so that I can go to the DMV on Thursday to take the M1 permit test, and Friday I can go get the scooter.
Then, the very day that I'd arranged for the time off from work the brakes on my car start sounding like a rumble of thunder. I go to Les Schwab where I'd had the brakes repaired less than a year before. Where they were still under warranty. Since they were under warranty I was figuring that this little issue wouldn't cost me any money, but I was still highly annoyed because I'd only gotten half of the warranty out of the brakes. The brakes were replaced at no charge... BUT (you knew there would be a "but", didn't you?) the servicing revealed a few other issues. Issues such as rotors that were worn down to the point that they couldn't be turned. Issues such as front tires that were so worn the inner cords were exposed and rear tires that were starting t separate along the inner walls. Issues that ended up costing me a smidge over $600. Issues that PISSED. ME. OFF. I was glad that I had the money in my savings account to pay for these repairs, pissed because that $600 came out of my scooter fund.
After the initial annoyance wore off, I reevaluated my finances and saw that I could still afford the scooter itself and the M1 permit, with some funding from my regular paycheck. The insurance I could arrange the monthly payments, and I could put off the safety course for a couple weeks.
Thursday I slept in a bit and went to the DMV where I got my M1 permit. Okay, okay, I didn't just, poof, get the permit. I had to take the test... twice. I failed the first test because I had not studied the DMV motorcycle handbook well enough.
Friday I slept in again before heading down to the scooter shop. I had looked at the shops website as well as some ads they had posted on Craigslist and had seen a really cute two-tone pink and white scooter that I thought would be perfect for me. I pulled up to the shop and there it was, my pink and white scooter, sitting right up front. I walked into the shop right as another woman was being handed the keys to my pink and white scooter. DAMMIT! If only I hadn't sat and had that cup of coffee with my mom and grandma! So, I looked around the shop and ultimately chose this scooter: 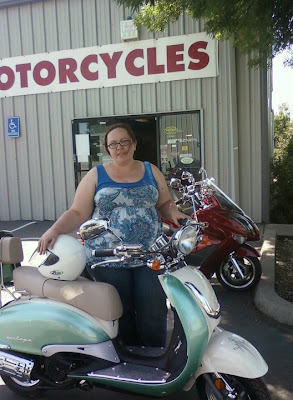 Ultimately, I think its better that I got this scooter rather than the pink one. If I do ever want to sell the thing it would probably be easier to find a buyer for this color than for the pink one. Plus, its fitting. My very first car was a VW bug that was a slightly darker shade of this same color green so its only appropriate that my first scooter be the same color, right?
So, I bought my scooter on Friday afternoon. I emptied my liquid savings and arranged to return the next day to pick it up. I didn't take it home that day for a couple reasons
1 - I wanted the trunk on the back and they needed to attach one for me
2 - I'd driven myself out there and didn't have anyone with me to drive my car home
3 - I was wearing flip flops - NOT good footwear for scooting.
After buying the scooter I go down to my pub to visit with some friends. While eating a pretzel (A PRETZEL!!!!) I break a tooth. We're not talking just a little chip here. I broke off an entire corner of a molar. I'm going to need at least a crown if not an entire root canal... and I just emptied all of my liquid savings. Perfect timing, right?
Saturday morning I get up and have my mom take me to pick up my scooter. I love it. I absolutely love it.
You know who else loves it? My niece, Kylee 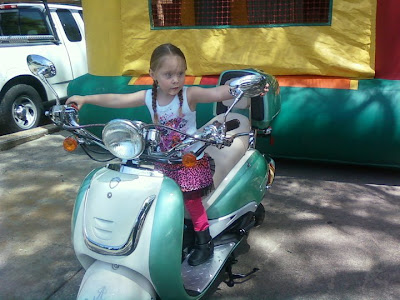 Shortly after I took this photo, Kylee looked up at me and said "I need your keys"
"Really"
"And helmet"
(she is all about safety, you know) 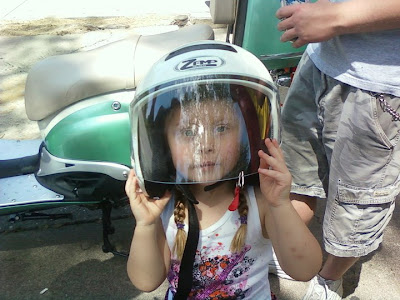 "what do you need my keys and helmet for?"
"I go for ride now"
"Baby bear, you're not taking my scooter for a ride"
and, I swear, hand to heaven, that the following was said with a fifteen-year-old-esque sigh and eye roll
"Auntie Nessa"
Like I'm being ridiculous for not allowing her to take the scooter for a spin around the block.

So, I scooted all over town this weekend and I took it in to work this morning. I absolutely love it. I can see why scooter riders love them so much. I can see why some people are so romanced by the ride to make cross country trips... on a scooter!
The only things I miss about not being in a car?
1 - drinking my coffee
2 - smoking a cigarette or three
3 - singing along with my iPod

And the gas mileage? HOLY COW! Saturday I put $2 worth of premium in the tank - thats a little less than 2/3 of a gallon. I have gone 65 miles on that $2 of gas!
This insurance? Before I got the insurance I spoke with some friends and coworkers who have motorcycles. I was thinking I would be paying somewhere in the neighborhood of $15-20 per month. Wrong. Its only $8.49 and that will go down when I take the safety course.
Posted by Vanessa at 9:45 PM 1 comment: Links to this post 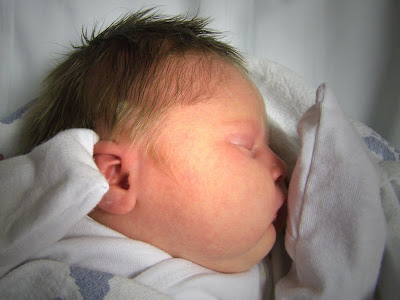 Just like the day she was born. Innocent, and lovely. 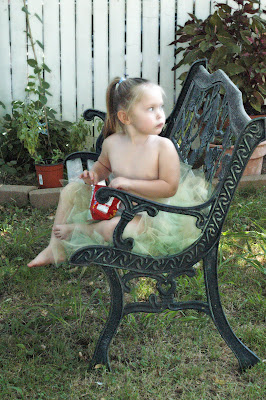 A neurologist took a look at her MRI's. He doesn't think she has cerebral palsy. He said that it can be common for premies (Kylee was born at 36 weeks) to have spots of white matter on their brain that show in an MRI, but while it is still within the realm of possibility, he doesn't think Kylee has CP. TO rule it out beyond a reasonable doubt would involve subjecting Kylee to a battery of tests and procedures that could span the next couple of months and that IF, if, she did have Cp it is the mildest form possible and that since CP is not a progressive disease she would never experience any manifestations of the disease and that there is nothing to be concerned about.
My sister has opted to not subject Kylee to any further testing at this point, accepting the doctors diagnosis.
It does make sense, my rational mind tells me that any symptoms of CP would have shown by now, that my niece is wonderful and amazing and glorious.
My paranoid, anxiety ridden, pessimistic, hypochondriac side will be watching my niece for the next 5 years and personally dragging her back to the neurologists if the littlest symptom of a symptom presents itself.
Posted by Vanessa at 10:48 PM No comments: Links to this post