Sooo, you know how I mentioned that I'd been thinking of learning how to sew? But that I didn't know if it was the best idea because I really don't NEED another hobby?

This past week Grandma had be dig into the depths of her closet to find something for her and in the process, I found her sewing machines. Which she hasn't used in about ten years and realistically won't use ever again.

Yeah, it's now my machine.

What should I sew first?
Posted by Vanessa at 7:40 AM No comments: Links to this post

I've been at home sick this week and when not napping, have been surfing the internet and watching Wifeswap reruns on Lifetime (don't judge!).
A few cooking, craft, and DIY projects that have intrigued me this week

Ladder pot rack from Woman's Day. I wish my kitchen could accomodate one of these.

Cabbage centerpieces from Real Simple. LOVE these - so cute.

Messenger bag made from plastic grocery bags courtesy of Ready Made. I may try to whip up one of these.

Army Blanket Bag at Ready Made. Decent gift idea for a man in your life.

Not exactly a DIY since its a kit, but I'm likin' this Cloudlight Headboard - too bad it wouldn't work with the style of my bedroom.

Love this watchface bracelet over at Ready Made.

These Pumpkin Bites at Bakerella are almost too cute to eat. Almost.

The Pumpkin-Apple-Pecan Pie is a genius idea over at Cakespy.

I've been admiring these Sun Jars over at Not Martha for a couple years.

Another project of Not Marthas that I've been admiring for a couple of years? Her marble magnets.
Posted by Vanessa at 12:49 PM No comments: Links to this post

Because I Really Need Another Hobby

I have too many hobbies. Knitting, crochet, beading, photography, cooking, baking, painting... I could go on and on.
I don't know why I have so many hobbies, I just decide to try something and then I jump in headfirst. Generally, I'll keep with it for a while and then put it down for anywhere from a month to a year while I move on to a new hobby, or revisit an old one.
For a couple years now I've been wanting to learn how to sew. The only reason I haven't is because I really do not need yet another hobby. Also, I do not need to accumulate the materials that go along with another hobby. I already have more yarn and beads than I know what to do with -- I don't have the shelf or drawer space that would be needed to accommodate the fabric, thread and notions that I know I would accumulate.
However, the desire to learn how to sew returned when I recently saw the following childrens clothing on Etsy.

So Not A Princess Dress 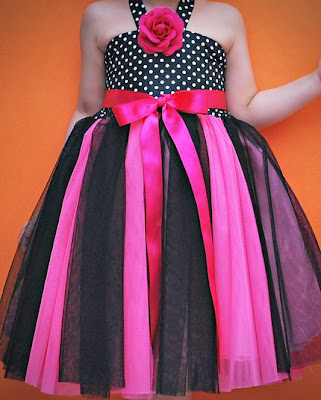 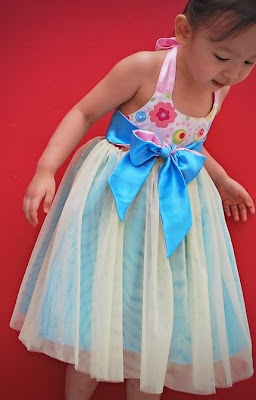 They'd all be SO CUTE on my little niece!

Of course, I also found some pieces I found that I wouldn't mind making for myself. 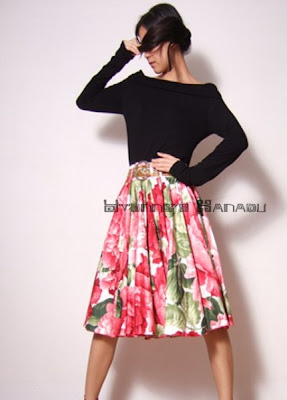 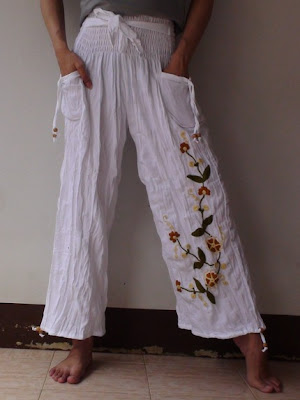 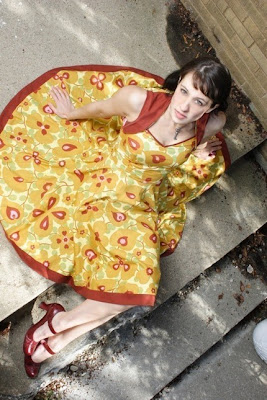 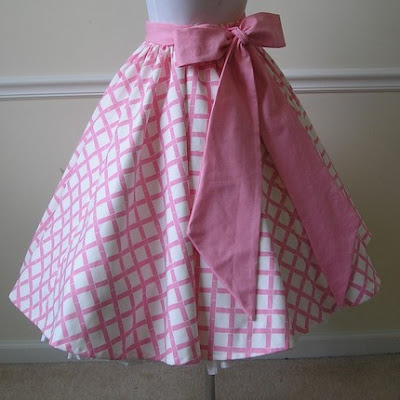 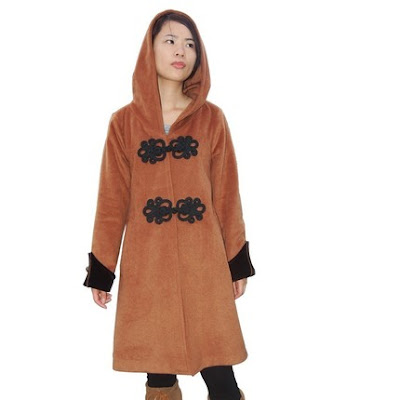 Geek Girl Hoodie - I know, completely different from the above dresses and skirts 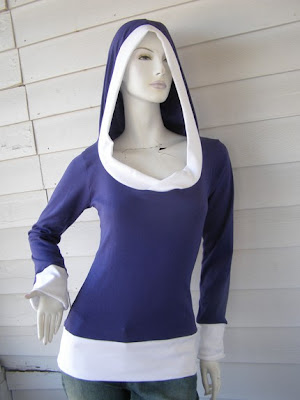 So, I'm contemplating learning to sew. I know that I could make any of these items for much less than what they are selling for - BUT, do I really need to take on another hobby?
I haven't done much in the way of knitting, crochet, or beading in a while so I'm wondering if the interest in taking on a new hobby is because I haven't been doing any of my current ones in so long.
Posted by Vanessa at 7:03 PM No comments: Links to this post

When I was younger I remember going shopping each fall for that years winter coat. It signaled the change of season, that Thanksgiving and Christmas weren't too far away, and neither were the breaks from school.
Grandma would take me to the store and I would try on various jackets and coats, picking out the perfect piece of outerwear for the season and I would generally be able to talk Grandma into getting me a couple of sweaters as well. After our shopping expedition, Grandma and I would go out to lunch before heading home. It was a ritual that most frequently just Grandma and I - something I looked forward to each year.
Now that I'm an adult and responsible for purchasing my own wardrobe, its a ritual that I've kept up for myself. Each year, right around Halloween, I usually start shopping around for a new winter coat or jacket. Some years I get something a little funky, some years I get something more basic and sensible. Some years I've gotten coats that were completely different than the previous years. Some years I've gotten a coat that was almost identical to the prior years purchase.
A couple weeks ago, my sister called me asking if I had any old clothing that I would be willing to donate to a new resident at her rehab house. A few nights before a new woman had joined their home and had come in with only the clothing on her back and she didn't have any family in the area to bring her clothing - it would be about 3 weeks before they would be able to come to Northern California and bring her anything.
It was perfect timing, really. I had just been thinking that I needed to go through my closets and dressers and clean out the clothing that either no longer fit, or that I just didn't wear anymore. I was debating between washing everything and putting it aside for a yard sale next spring, or just dropping it all off at the Goodwill. Between the options available, I decided that I would much rather give the clothing to women who are making genuine efforts to improving themselves, and who could use the items more.
In the midst of going through all of my clothing I realized exactly how many coats and jackets I have - its an insane amount. Even after taking FOUR coats up there, I still have at least SIX coats and jackets in my closets. Absolutely insane. I realized then that I have ZERO need to purchase a winter coat this year. I may never need to purchase a winter coat ever again. How much money have I spent on winter outerwear in the past few years? And how frequently do I wear each of those pieces? Not often enough to justify them all. Certainly not enough to justify buying another one this year.
However, I did still online browse this years options. This time, I did not purchase any and since I knew I would not be making any purchases I paid no attention to price. These were some of my favorites.... 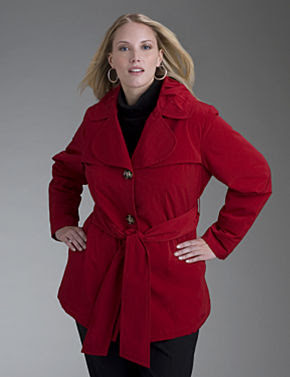 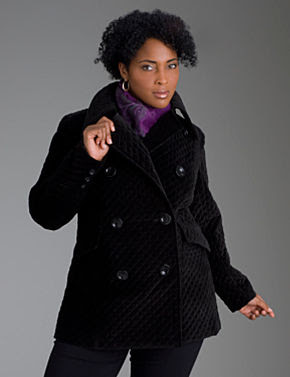 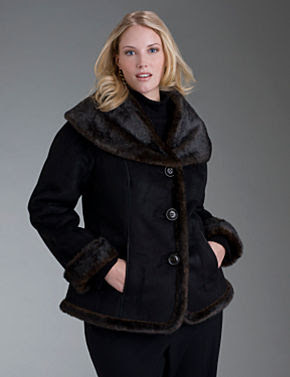 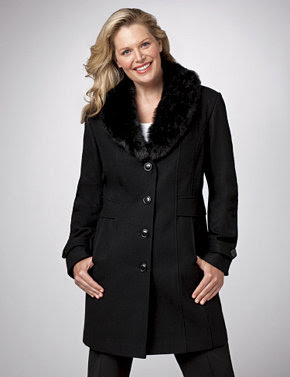 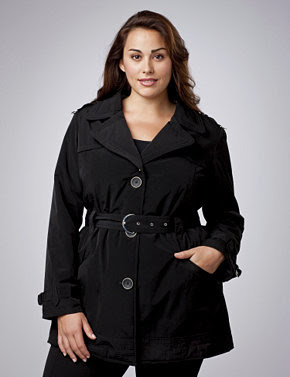 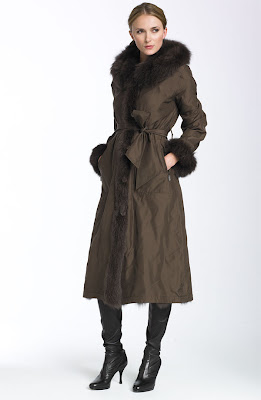 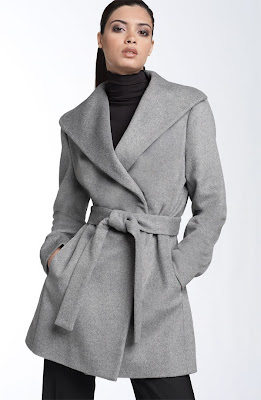 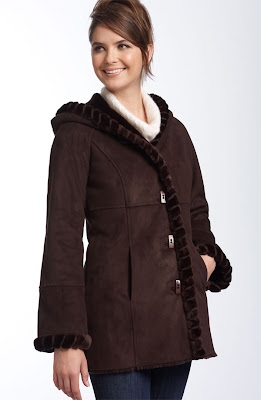 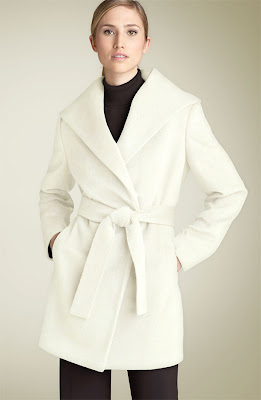 Posted by Vanessa at 5:45 PM No comments: Links to this post

For the past few days I've been thinking about what crafts I should make this holiday season. Boy-oh-boy, do I have some ideas. Nope, not going to share just yet... can't spoil ALL of the surprises.

However, I do need a little help.

I've decided that one of the projects I am likely to undertake is making some jams and/or jellies. I've chosen one flavor solely based upon free access to a specific fruit tree, so that particular flavor I'm not divulging (one of the surprises!).
One of my many issues with all of my crafty endeavors is that I am not satisfied taking on just ONE project. Nope. If I'm going to make sugar scrub, there needs to be multiple scent options. The same standard applies with jellies --- I NEED to make more than just one flavor of jam/jelly. This is where you come in! I've selected thirteen different options and obviously I can't possibly make all thirteen PLUS the top secret flavor. I'm thinking I should only make three flavors... four, tops.
Please, take a moment to review the following flavors and select up to three of the options in the poll to the right.
Thank you, and have a good day!
Amaretto Peach Pecan Preserves*
Blushing Peach Jam (blushing = raspberry)
Caramel Apple Jam
Clementine Marmalade
Chocolate Raspberry Jam
Mango Butter
Mango Raspberry Jam
Pear Vanilla Jam
Pomegranate Jelly
Pumpkin Butter
Rosemary Orange Marmalade
Sangria Jelly*
Tangerine Marmalade

* All alcohol content will be cooked out during the preparation of the noted recipes.

PS - Holy cow am I going to be buying a boatload of sugar.

PPS - Am I out of my mind for deciding to try making my own jams and jellies when I've never canned anything on my own before? I tried making a marionberry jam with my grandma up in Oregon years ago but it never fully jelled. It was more like marionberry syrup. Now, that may have been due to the fact that my grandma wasn't the most fantastic cook in the world (she was decent, but not spectacular) or due to the fact that I was only twelve years old. Theres also the possibility that that particular project was the first sign that I suck at canning and just haven't tried to do it again since so I'm completely unaware that I do, in fact, suck at canning. AND are holiday gifts really the proper venue to discover that this is not something that I'm good at?

PPS - VOTE! NOW!
Posted by Vanessa at 1:54 AM No comments: Links to this post