I've never been big on directions... especially recipes.
I've always thought that recipes were a loose guideline, really just a set of suggestions, and I have always ventured off on my own. I've come up with some great meals this way.
However, I recently had an experience that made me think that following a recipe can be a very good thing. That sometimes, sometimes, recipes are the way they are for a reason and that diverting from them can result in an outcome that is not desired.

A couple of months ago I made my own powdered laundry detergent, read the details here.
I have been extremely satisfied with the detergent - it works FANTASTICALLY and I have used it on everything... including some VERY dirty loads of laundry (dog beds, towels used to clean up mud, all kinds of nastiness). The only thing that was a bit of a pain was that since it was a powdered detergent it had to be used in hot water so that it would dissolve. It wasn't too big of a pain, if I needed to do a load in a cold wash I just turned on the hot for about 20 seconds at first, then switched it to cold, then loaded in the items I was washing.
This dilema had me wanting to make my own liquid detergent (recipe here). The recipe for the liquid detergent essentially calls for the same ingredients that I used in the powdered version, just melt them together, pour into a 5 gallon bucket, add water and let sit overnight to gel, then use 1 cup per full load of laundry.
Thats what the recipe said. However, that is not what my insane mind said.
My thoughts went like this:
"What if I used double the ingredients so that you would only have to use 1/2 cup per full load?"
"Heck, if I'm going to make a concentrated version, then I could quadruple the ingredients so that you only use 1/4 cup per load. Thats even MORE environmentally friendly! Its conserving water, and since Northern California is practically always in a drought conserving water=GOOD!"
So, this past week I set about making my super concentrated laundry detergent. I did not end up with laundry detergent. What I ended up with was something closer to a super soft playdough. Now, I have to go buy a couple 5 gallon buckets so I can mix some of this stuff with hot water and try to thin it out to an actual detergent like consistency.
Posted by Vanessa at 1:22 PM No comments: Links to this post

Reason #83 Why I Should Not Be A Mother

This morning I went to the Susan G Komen Race For the Cure. I walked it. I do not run.
After the run, I mean walk, my friend and I went to lunch with her 4 year old son. As we're leaving the cafe, I'm hugging him goodbye in the parking lot when his hand accidentally gets caught in the neckline of my blouse and he copped a little bit of a feel. He put his hand back, patting my chest, saying "ooooohhhhhh. Whats this?".
I was all "Uhhhhhhhhhhhh?" and looking toward his mother for help because, really? I have no clue how to handle that situation.
So, lil' guys mom was all "Those are Vanessas doobs" apparently thats what he calls them, and yes he fully knows what they are and was just trying to play dumb/cute so he could cop a feel, "and they're not for you to touch. You don't get to play with doobs for a very long time."
And I'm all "Yeah kiddo, you've got about another 14, maybe 13, years before you can play with doobs"
And his mom is all "NOOOOOOOOOOOOOOO!!!!!!!!!! Twenty! Thirty! Fourty! Years before he can play with doobs!"
And I'm all "Yeah, you can't play with doobs until you're your grandpas age"
and in my head I'm thinking "damn, I just said 13 or 14 because that would make him 17 or 18 years old and I thought that was a conservative estimate of his approximate age before he'd cop a feel on a girl and actually my gut reaction, which I quickly shot down, because I do have a LITTLE sense about me, was to say 10 years because I'm thinking 14 is probably the young side of average for a teenage boys first grope. Damn. I'm glad I didn't say that."
Posted by Vanessa at 2:19 PM 1 comment: Links to this post

Labels: Just for Laughs, Public Humiliation, Ramblings
Testing sending blog updates via my text. Is this just Blogger trying to keep up with Twitter?
Posted by Vanessa at 2:16 PM No comments: Links to this post

Theres A New Phone In Town

For the past couple of years I've been using the LG Fusic phone from Sprint.
Overall, it was decent, but in the past year it had developed some... issues. 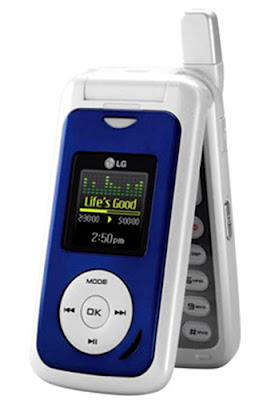 For example, while closed, it would randomly turn on the speaker phone and redial my last call. Keep in mind, this is a flip phone so while closed the phone should not be making or receiving any calls.
Also, it had these little buttons along the sides. Those buttons had become hyper-sensitive... I guess.
While in my purse or pocket, again closed, the MP3 player would randomly turn on and start playing music. Sometimes the camera would turn on by itself and I would end up with extreme close ups of the contents of my purse.
However, the weirdest and hardest for me to figure out, was a voice I heard in my ear one day as I was driving down the road. I had my headset in my ear and out of nowhere theres a voice saying "Call from Mom" except this voice almost had a british accent, so it was more like "Call frum Mum". What the bloody hell? I jumped to the point of almost causing an accident. What else do you expect my reaction to be when I'm alone in my car and hearing british accents in my head?
That one took a while for me to figure out. Apparently the phone had a "Voice Guide" mode that had somehow been turned on.

So, I've been wanting a new phone for a while now. Of course, being an Apple junkie, I really wanted the iPhone. However, that would involve switching carriers. I've had Sprint for 8 years now and am content to stay with them. Also, the iPhone, while coming down in price in the past year, is still rather pricey and my understanding is that the plan needed to support the iPhone would be a substantially higher monthly bill than what I currently have.
I decided to stay with Sprint and was initially just thinking that I would get a phone that has a full QWERTY keyboard because I text a lot and was tired of texting on a standard phone key pad. Then, a coworker who has the Samsung Instinct (Sprints iPhone knock off) let me play with her phone for a bit this past week.
I went with the Instinct. 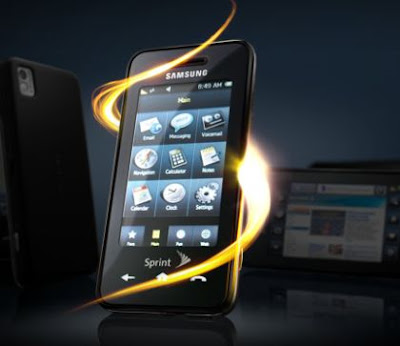 It is taking a bit of getting used to, and I'm trying to fully explore it this evening so that I'm not a bumbling idiot with it when actually trying to make/receive calls.
Also, normally I am one of those people who always passes on the additional insurance for electronics. Everything I've read about them says that they're a total waste of money. However, considering my luck with anything technological this past year, I did opt for the insurance this time. Hopefully I won't have to take advantage of it too many times
Posted by Vanessa at 8:45 PM No comments: Links to this post