Naturally, we can't go five minutes without some sort of drama in my family.
However, I think the most recent turn of events are the most horrific.

It was just a little over 2 years ago that I introduced all of you to my niece, Kylee Rose. 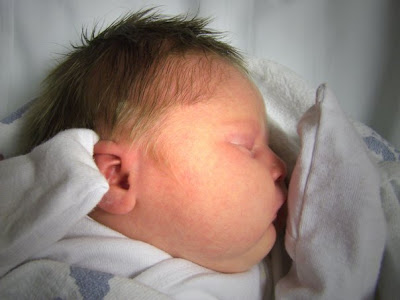 Isn't she just edible? Don't you just want to nom on those cheeks?
I adore her. She is one of the hugest blessings in my life.

Last Sunday morning, my sister, Kylee was taken in by child protective services and was placed in emergency confidential foster. My sister and her boyfriend had put their own drug addictions before the best interest and safety of their child.
My mother is try to get Kylee home with her, but the system is ridiculously slow. The soonest we can even be considered for long term placement of Kylee is after court next Wednesday. At that point the judge may give the order for CPS to go to my mothers home to assess it for placement and then we can proceed with trying to bring Kylee home. In the meantime, no extended family members - meaning no one aside from my sister or her boyfriend, can have visitation with Kylee. 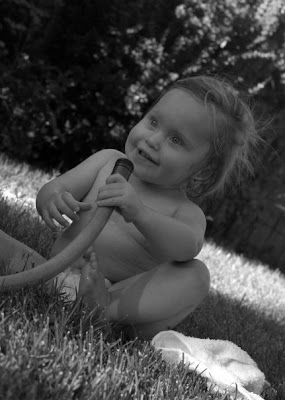 There are several factors in this situation that are especially aggravating.
1 - How archaically slow the system is moving in general. IF the judge gives the order to have my mothers home assessed next Wednesday, the 12th, and CPS comes out to inspect it on Thursday, and we miraculously were able to bring Kylee home on Friday, that would be nearly three weeks that she had been gone away from her family - the family that she is safe with. I can only imagine how horrible this is for her: to wonder where her entire family is.
2 - A big complication is that Kylees father is Native American and his tribe, who is in Arizona, is being notified of these proceedings so that they can determine if they want to exercise their rights under the Indian Child Welfare Act. I hate to think that if they wished to, they could step in and claim first dibs to a child who has never visited their reservation and who isn't yet even a registered tribal member. She has family here who she knows and loves and who know and love her.
3 - The fact that neither my mom nor I can even visit her to offer her some comfort and reassurance. Because she is in a confidential foster home no one can know where she is - all visitation has to be supervised and the case worker has informed us that they only arrange supervised visitation with the biological parents: no extended family.
4 - Kylees fathers family, mainly his mother in Oregon, is trying to talk him into signing over his parental rights to them. In the two years since she has been born, his family has shown very little interest in Kylee. They never bothered to come to her birthdays (and they lived just a little over an hour away). They never came to see her at the holidays - she always had to be taken to them. They never helped to buy diapers or clothing or anything like that when my sister and her boyfriend couldn't afford to do so themselves (that was usually me). However, now that theres the potential to receive funding to foster her while her parents try to clean themselves up, as well as tribal money from Arizona, all of a sudden they've decided that her best interest is with them. Infuriating. 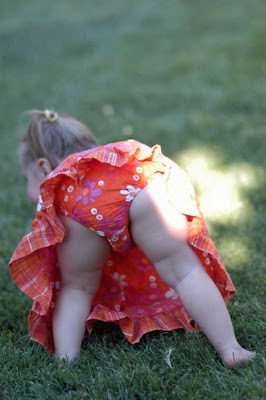 Isn't that the cutest little butt you've ever seen? 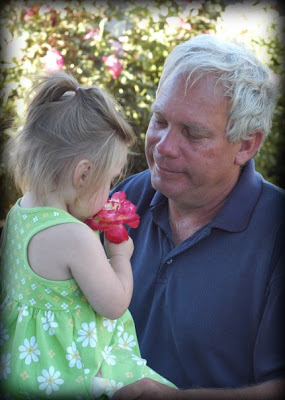 So, you can say that I am aggravated, angry, annoyed, pissed off, infuriated. However, more than anything else, I am heartbroken. The thought of Kylee with strangers, wondering where her family is, devastates me. I can only imagine how scared and confused she is. I just want to bring her home where I can hold her and comfort her and have her in an environment that is familiar to her with the family that she knows and loves. I miss her. I miss her curiosity and her precociousness, the way she would tease me by pretending to not be able to say my name but shout it and come running to me if something scared her or if she hadn't seen me in a few days. I want to bring her home where she belongs, and the time it is taking the county to go through everything to be able to make this happen is so incredibly frustrating. Add to that frustration the fact that her case worker will not return a single one of my calls, and you have one upset auntie over here.

So, I don't ask much of you dear readers, but if you can please pray for Kylee to come home soon. Pray, or send warm thoughts, good energy, or whatever your particular faith prescribes.

In the meantime, I am going to leave you with one of Kylees favorite songs. Its a weird one for a toddler. She never was big on lullaby's and then a few months ago I went to visit her and had this song playing in my car when I pulled up. She was standing in the front yard and when she heard it she immediately started dancing and rocking out. I don't know if she was just putting on an act for her favorite auntie, or is she is a little rocker in the making, or if its just the celt heritage in her. Either way, its pretty damn funny to watch a toddler jam to the following tune.

Posted by Vanessa at 9:57 PM 2 comments: Links to this post